It is not uncommon for people in Haverford Township today to notice a square stone masonry pillar on a corner somewhere in Haverford Township and wonder what it is. While they are not as common as they used to be nearly a century ago, there are enough of them still around to arouse curiosity as to why they are where they are, and what their purpose is. People have come up with a number of clever theories.

The right answer is that they were erected as markers and “symbols of substance” by real estate sub-dividers, to identify and give a sense of permanence to nascent neighborhoods that started out as nothing more than marked-out streets and empty building lots.

The largest number of such stone pillars appears to have been built for the early neighborhood of Brookline. A pair of 1907 photographs on pages 106 and 107 of the Haverford Township Historical Society’s pictorial history book Haverford Township, in Arcadia Publishing’s “Images of America” paperback series, shows new sidewalks on either side of a largely empty Brookline Boulevard at Darby Road and the Brookline Station of the Ardmore trolley line. Each sidewalk is flanked by a pair of these stone pillars, announcing to any arriving prospective buyers that they had indeed found the place.

Brookline was somewhat unique is being served by not only the Philadelphia and West Chester Traction Company, but also by the Philadelphia and Western Railway at the other end. Another pair of pillars, with the distinctive pointy-topped Brookline style, flank an old paved walk angling through the Cadwalader Tract, from the corner of Edgewood and Kathmere roads to where an iron pedestrian overpass bridge once connected to the railway’s original Beechwood Park Station. Another Brookline pillar survives today on one corner of the intersection of Darby Road and Strathmore Road.

Other pillars on the periphery of the Brookline subdivision existed as well, but are now gone, including one that appears in an old photograph, across Mill Road from the Haverford Township Free Library.

Across Darby Road from the Brookline neighborhood was another, smaller subdivision, somewhat triangular in shape, named “Llanerch Manor.” It was also served by the Brookline trolley station. Today, examples of its different, smooth-capped style of pillar still stand. There is one on either side of Chelten Road, and one at the intersection of Manor Road and Darby Road.

The final pair of the eight extant pillars known to be in Haverford Township is not neighborhood-related. This pair flanks the Darby Road entrance to the now-gone old police station, at the Veterans Field site where the new township building stands, as well as the Skatium.

All of these “pillars of our community” help to confirm the saying that Haverford Township is indeed “a township of neighborhoods.” 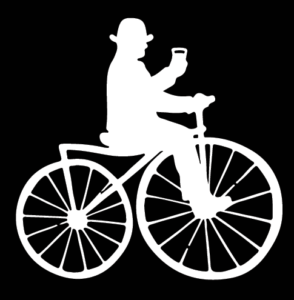