The first record of the purchase of land for a school in Haverford Township was October 29, 1797. Alexander Symington received 5 shillings for an irregularly shaped building lot of one quarter of an acre and three perches near the present day intersection of Darby and Coopertown Roads. Payment for the land was made by five trustees: Philip Sheaff, William Brook, Francis Lee, David Lyons and Benjamin Hayes Smith, “for the purpose of erecting a school thereon for the use of said Township of Haverford”. The one room stone building was named the Federal School, indicating the pride of the townspeople in being part of the Federated United States. There was no connection with government. This is the oldest building in Delaware County erected specifically for education purposes. Except for the deed, no records from the school have been discovered. Most probably it was a subscription school with tuition paid in cash, produce or perhaps by boarding the teacher. It was not until 1834 that the Commonwealth of Pennsylvania passed the Public School Law requiring communities to provide free public education. Dr. George Smith, son of trustee Benjamin Hayes Smith, was chairman of the Senate Committee of Education at that time. Haverford Township may not have complied with the law until 1849, when the small porch was added to the 1797 Federal School building. The frontispiece reads “Haverford Seminary No. I – 1849.” Seminary in this instance is a place of learning rather than a religious institution. The Federal School served the community for 75 years. Occupied as a residence for some time, then the Federal School was used for storage after the property was purchased by Horatio Gates Lloyd in 1940. Haverford Township School District purchased the Allgates Estate and the land on which the Federal School stands in 1967 for a middle school site. The Optimists of Havertown restored the interior of the old school as a Bicentennial project, with the Haverford Township Historical Society acting as advisors. Lack of community support for a middle school led to the sale of the Allgates property for development. Included in the agreement was an easement conveying rights to the Federal School and access to the same to the Township of Haverford. The Historical Society worked with the Township utilizing Community Development funds to complete the restoration and build a small auxiliary building for sanitary facilities. Work was completed in the spring of 1991. School classes may now experience student life of the late 18th and 19th centuries. Desks and benches each seating two students were made by the Industrial Arts classes of Haverford High School for the Bicentennial. Two long benches from the 1872 school building were given to the Historical Society and desks to go with them have been made by High School students. The curriculum for fourth grade classes of Haverford Township Public Schools includes a day at the 1797 Federal School. Arrangements can be made for other school classes to visit. The 1797 Federal School is on the National Register of Historic Places. Open to the public on a scheduled basis and by appointment. 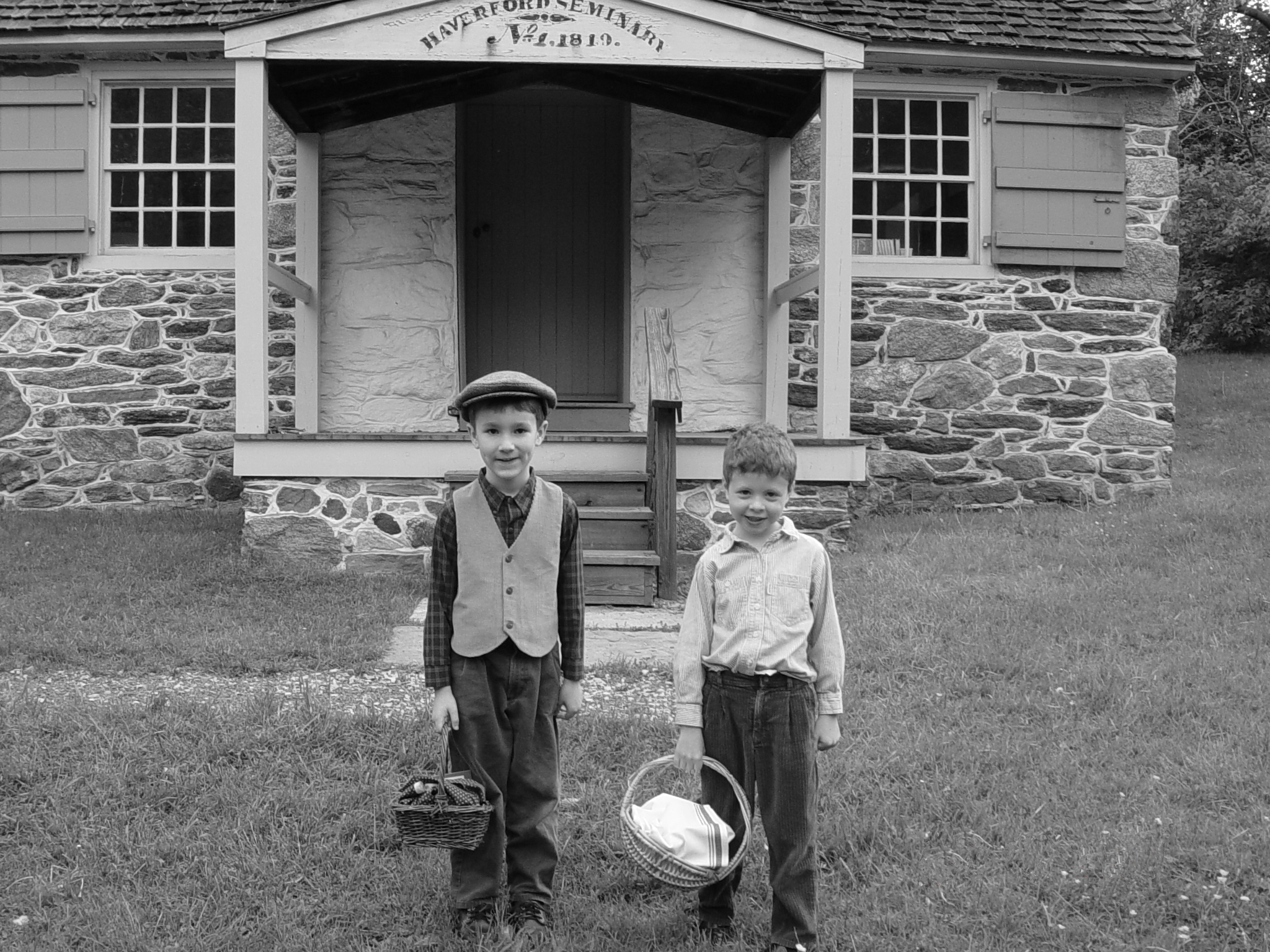 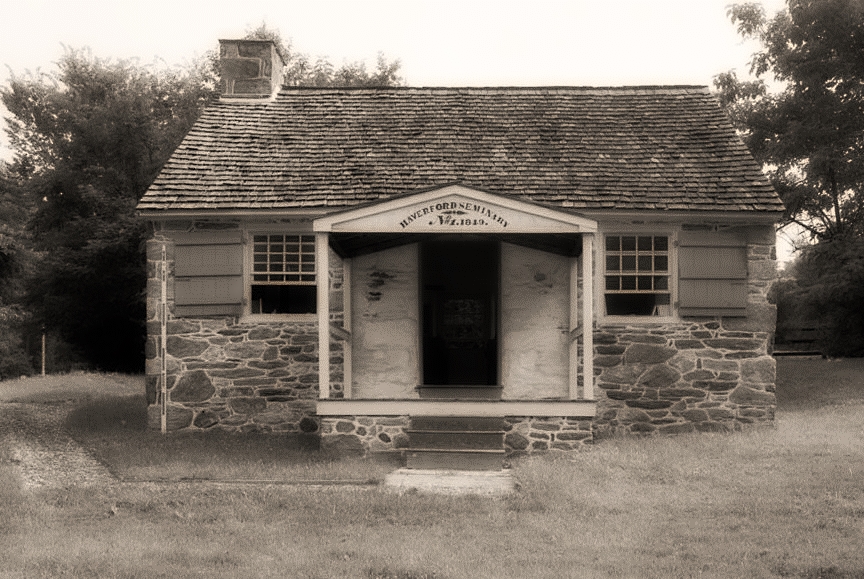 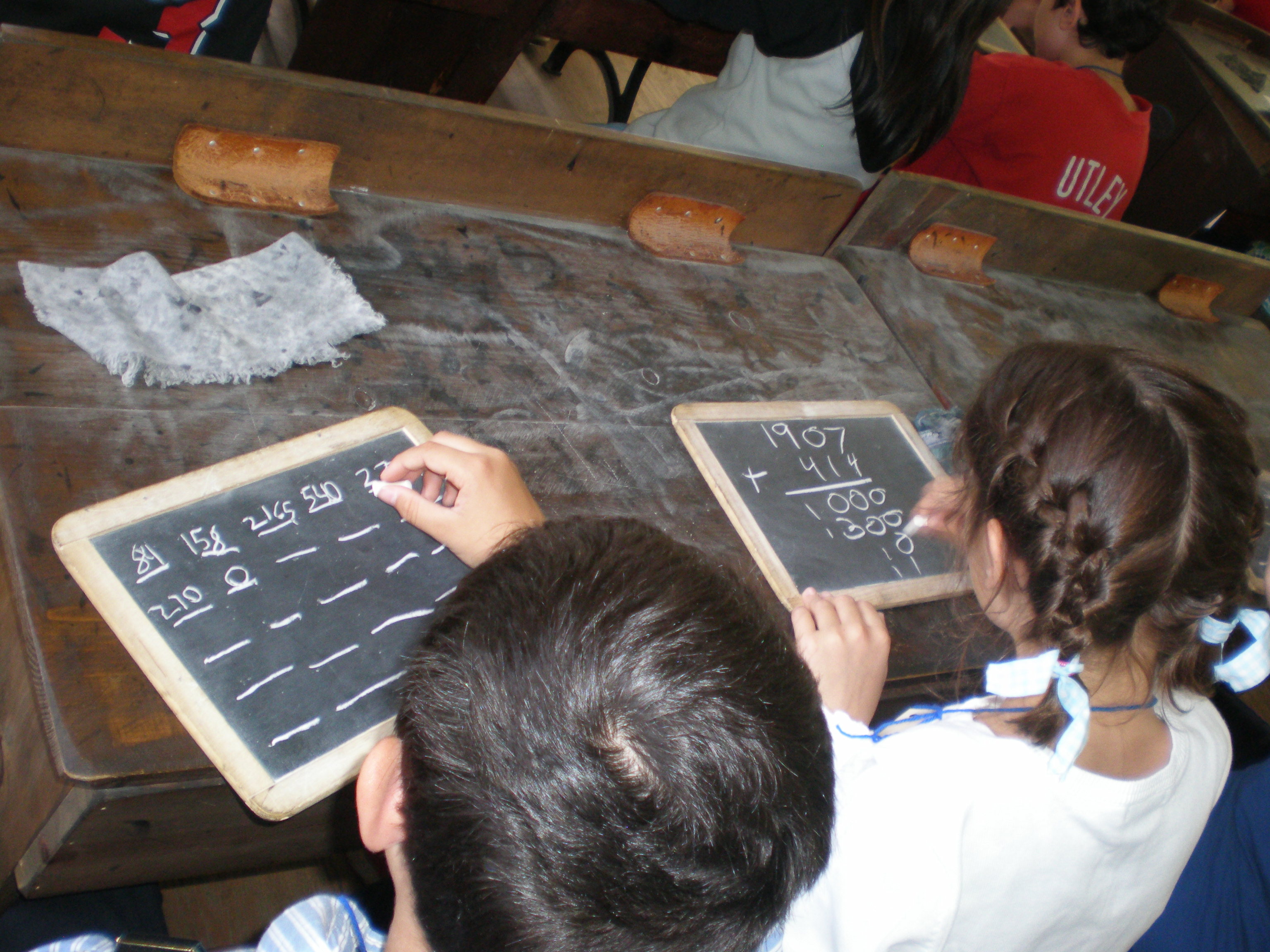